Alibis on Alibis – Murder on the Orient Express Review 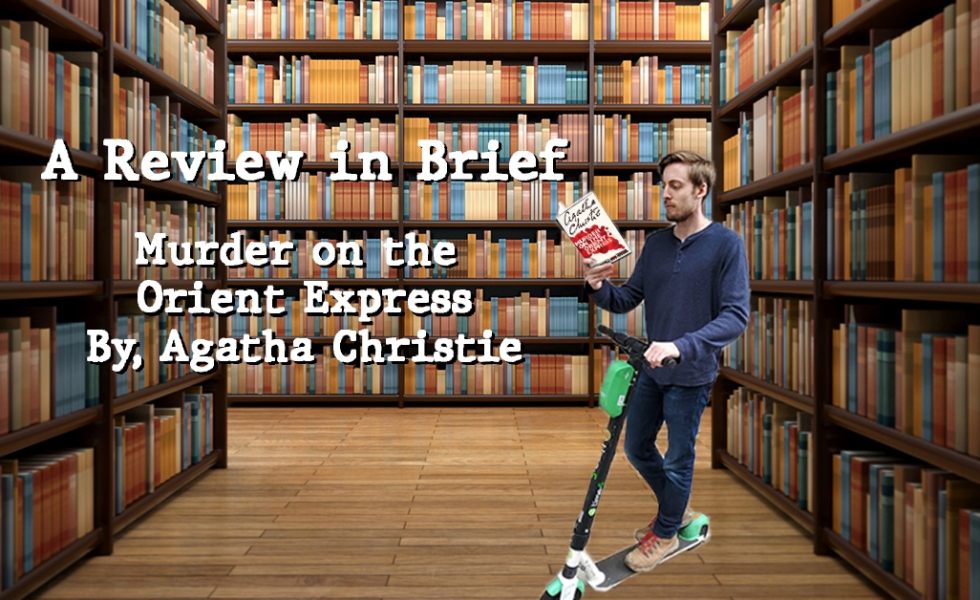 Murder on the Orient Express by Agatha Christie

Murder on the Orient Express has been adapted multiple times for Television and Movies, including a recent box-office bomb in 2017, yet somehow, I managed to avoid spoilers. Going into the novel, I had no idea what to expect other than a limited knowledge of Agatha Christie’s famed Detective Poirot and a few movie trailers. What I found was a subdued murder mystery, moving at a languid pace, that managed to keep me hooked throughout.

Detective Poirot is a delight from start to finish. He’s meticulous, cunning, and has a dry, at times condescending sense of humor that lightens the story. The book follows him as he boards the Orient Express for routine travel and is of course sucked into a mysterious murder. It is an understatement to say there is no action in this book as the bulk of it is told through the perspective of Poirot interviewing witnesses. There are no chases, no second murders, only the thorough examining and reexamining of evidence.

Ordinarily, that’s the recipe for a boring book, but thankfully, following Poirot as he thinks through the implications of witness testimony, provides the action the story needs. Though the main characters never physically move (the train is stuck in a snowdrift, so makes sense), the audience is pulled along on several twisting journeys through witnesses recounting their alibis. Each of the passengers on the train represents some level of detective-novel trope, but they are all interesting in their own way, and the way their histories interweave gives them depth.

As with all great detective novels, Christie ends on a twist, and while it was not my favorite, it was a satisfying end to the journey. The mystery’s end isn’t traditional, and as such kept me guessing until the heavier clues were dropped near the end. Overall, I enjoyed my ride on the Orient Express and recommend it to those looking for some simple, escapist, mystery fiction. I’m excited to see what other mysteries Poirot solves, but for now, I think I’m back to reading about the horrible prospects of space travel in The Expanse series.

Note: I was able to get a audiobook copy through my local library using Libby with no wait time, so if you want to read it, it’s easy!

Alright, I’m not one of the best mystery writers of all time, but I do have a book series about a drunken monster-hunter traipsing through the Himalayas in search of a yeti. The sequel is coming out very soon, so it’s time to catch up! Here’s what some people think:

Kirkus – An often engaging, if sometimes-clichéd, tale with an acerbic lead.

John C. – An excellent drunken romp up and down “Not Everest”, complete with hunters and monsters galore.

Nathan – As the debut novel from a new author, Whiteout was a solid introduction. Readers will find that this will be the first in a series that (hopefully) runs several installments.

← A Woman of the Swamp – WIP
Where Are the Damned Sharks? – Grave Descend Review in Brief →